Gearbox project for terminal operator in port of Rotterdam


Gearbox project for terminal operator in port of Rotterdam

From a terminal operator in the port of Rotterdam we received a gear box of the brand M.A.N that was used in one of the cranes.

The customer processes around 12 million tons of products every year, so the gearboxes that drive the cranes are well used!

When we received the gearbox in our factory in Oud-Beijerland, we started cleaning the gearbox and carrying out an inspection. This revealed that more had to be done than the standard overhaul that the sales department had initially agreed with the customer. When a gearbox opens and is fully inspected by us, sometimes more problems come to light.

Before we proceeded with the overhaul, the sales department made an offer for the additional work that emerged from the inspection. For example, in addition to the standard overhaul, additional work had to be carried out on the cupboard housing. After the client's approval for this additional work, we continued our work.

The entire interior of the gearbox has been renewed, the bearings have been replaced with new ones from the SKF brand and the cabinet housing has been completely repaired with laser cladding. After the overhaul, we conducted a 4-hour no-load test run. The test run went well and the gearbox was transported back to the customer where he now drives 1 of the cranes again. 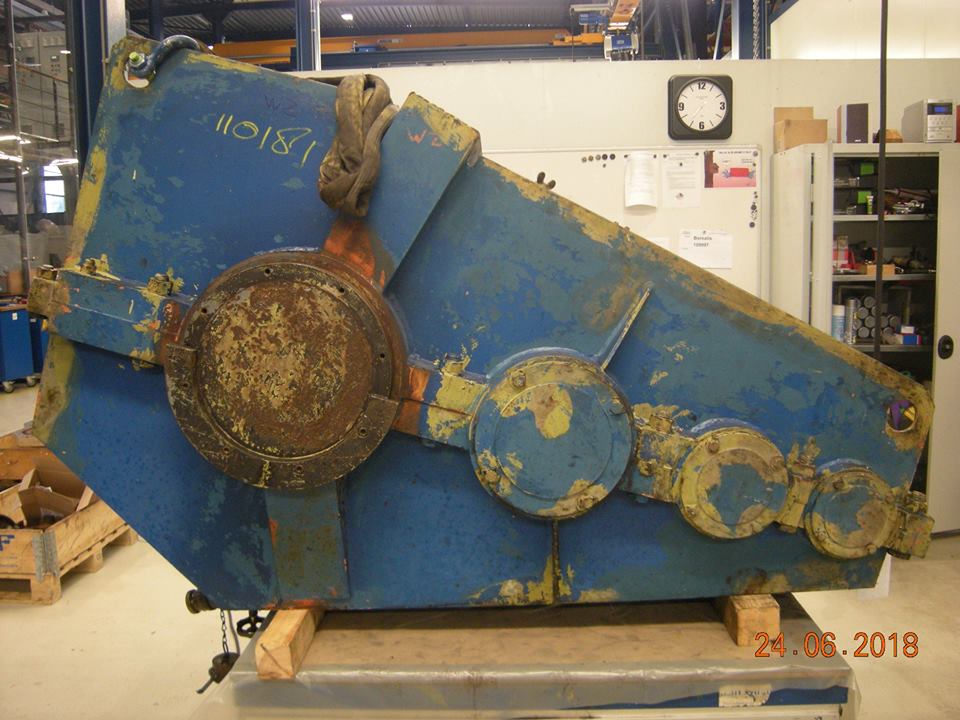 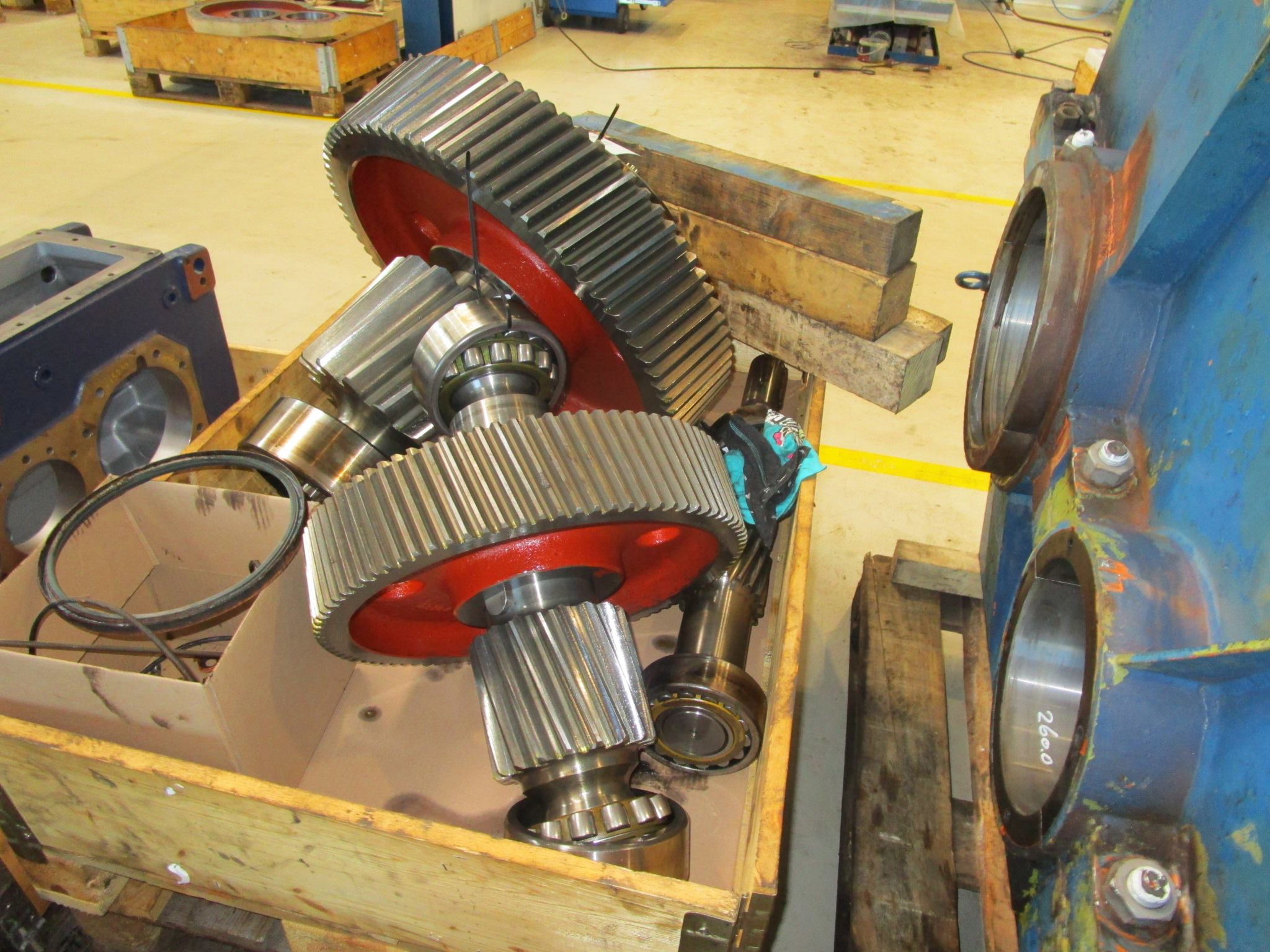 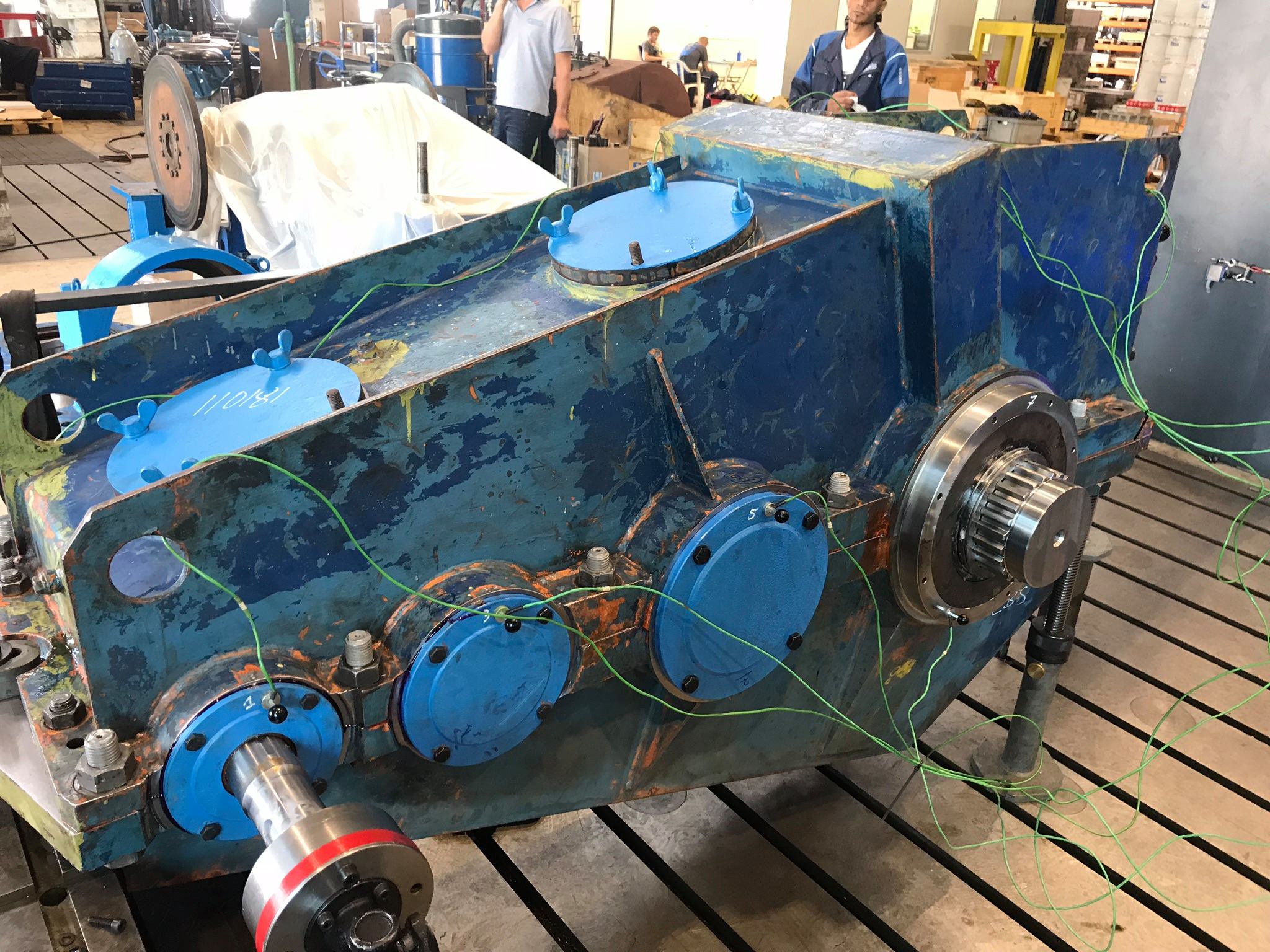