Inspection and repair on Zollern gearbox for a client from Poland


Inspection and repair on Zollern gearbox for a client from Poland


At the beginning of last year (2018), we received a Zollern gearbox for inspection from a customer from Poland.
Our engineers started dismantling the gearbox so that the inspection could start.

During the inspection it appeared that the gears were in good condition, there was no reason to replace them.

What was striking was the greae between the rotating and non-rotating parts of the gearbox. Our engineer concluded that this grease was most likely used during the initial assembly of the gearbox.

After the inspection, we advised the client to:

- Renew the bearings, seals and o-rings of the gearbox
- Clean and flush the planetary bearings
- Manually remove the small marks from the flanks
- Paint the outside of the gearbox

Our sales department made a proposal for the customer after the inspection and after the approval from the client, we started the project.
Before the gearbox was shipped back to the client in Poland, an extensive test run was done in our testing facility. See pictures of the project below.

If you are interesed in our services, contact our sales department today. 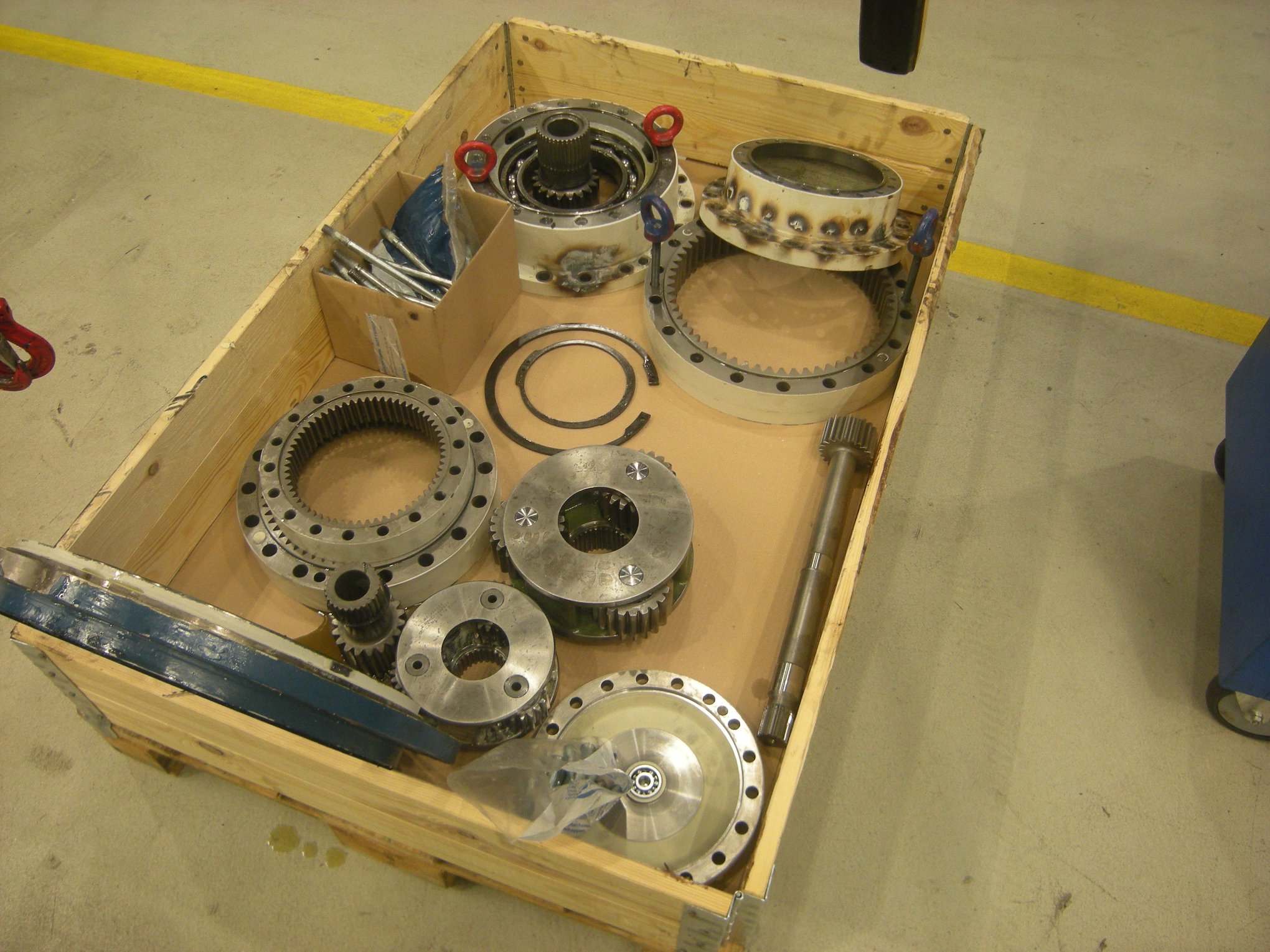 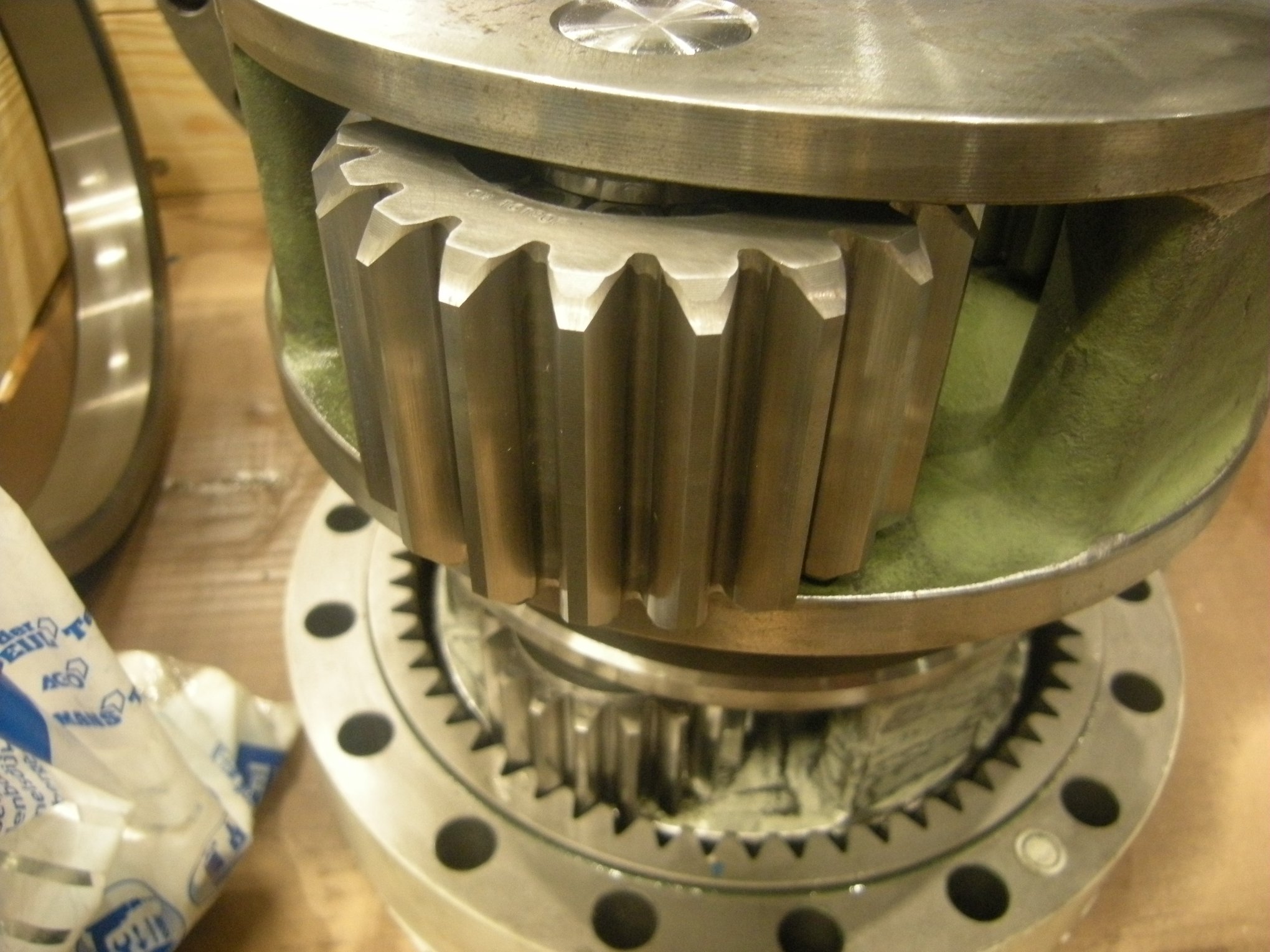 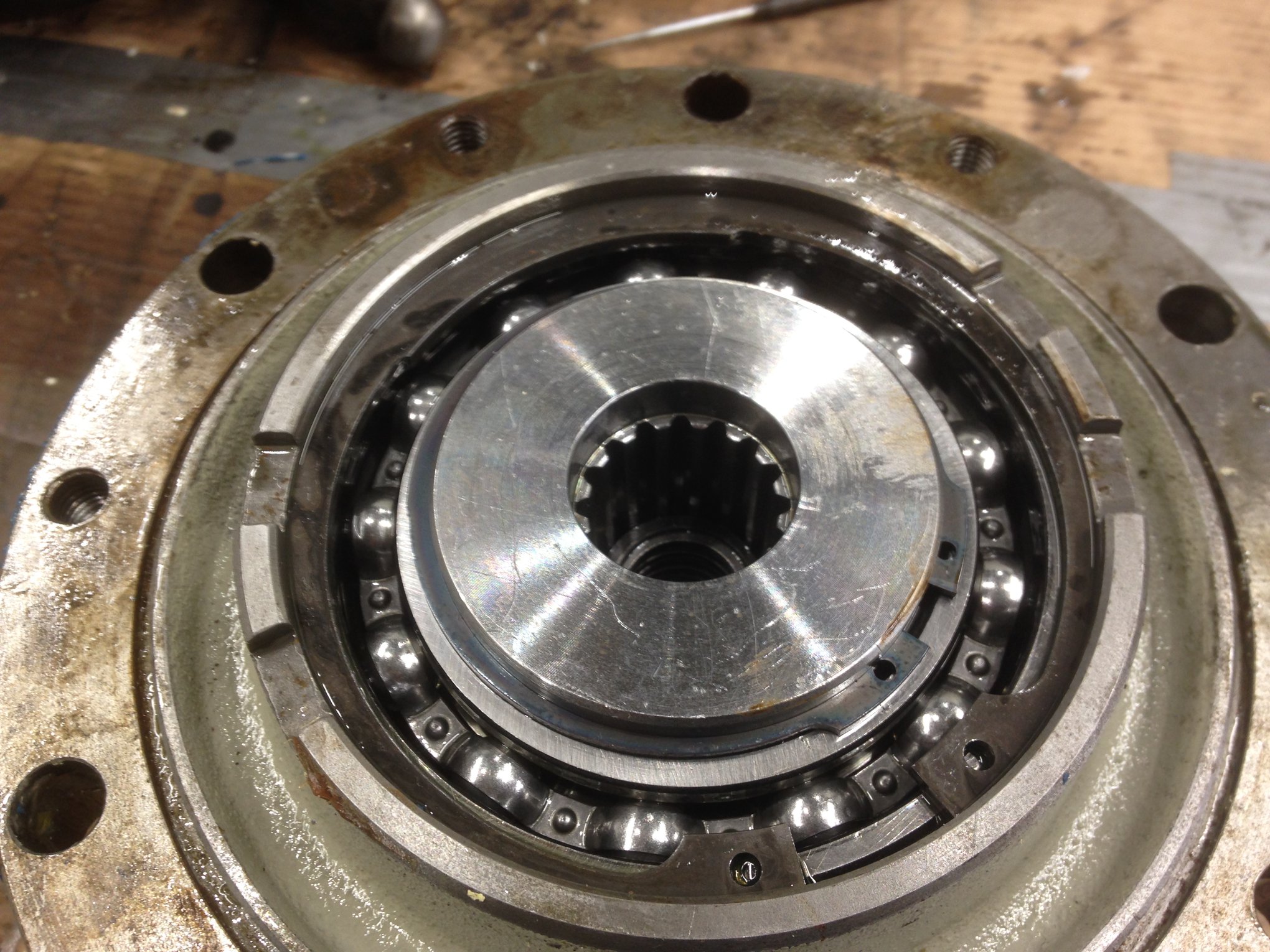 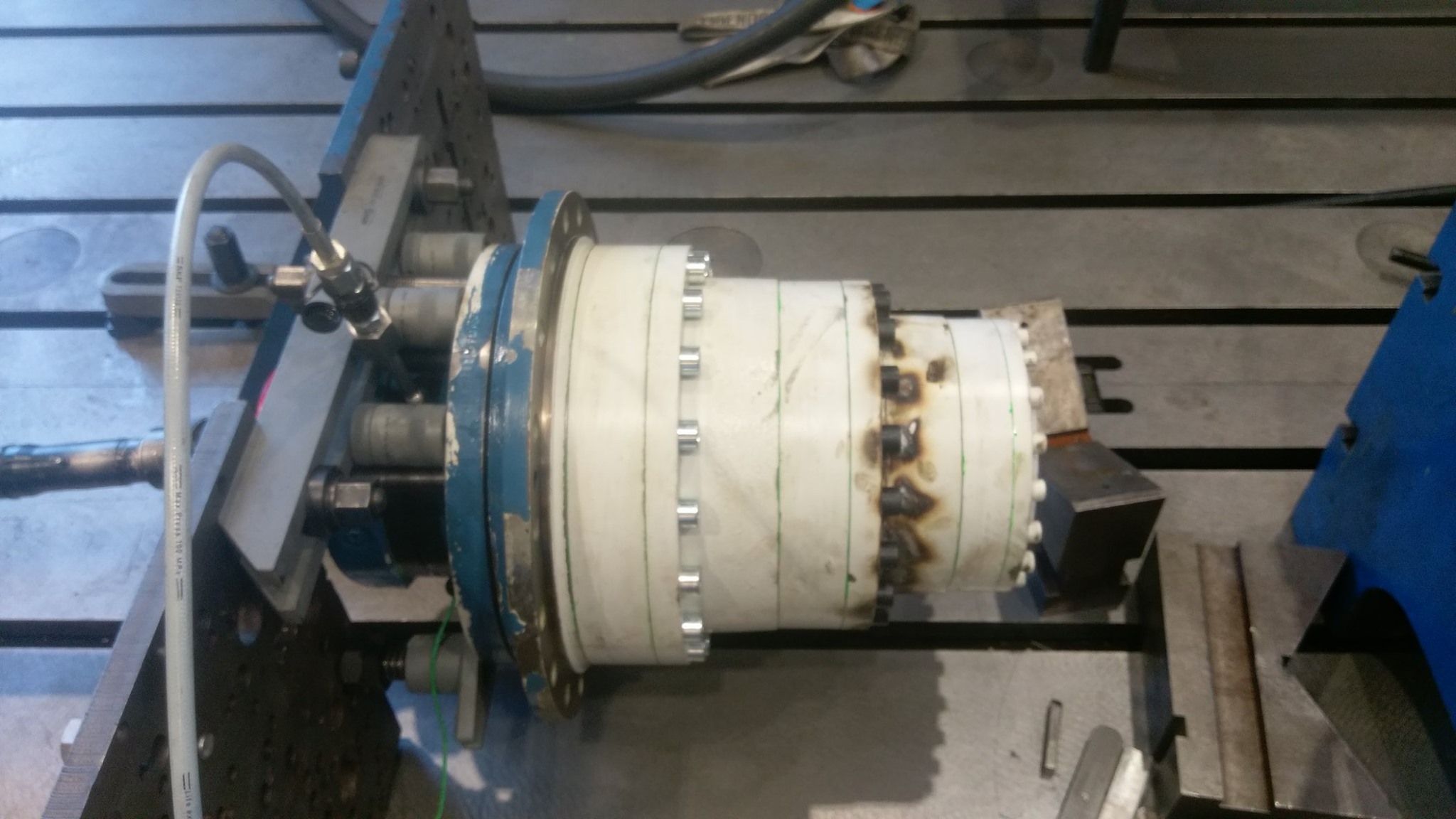 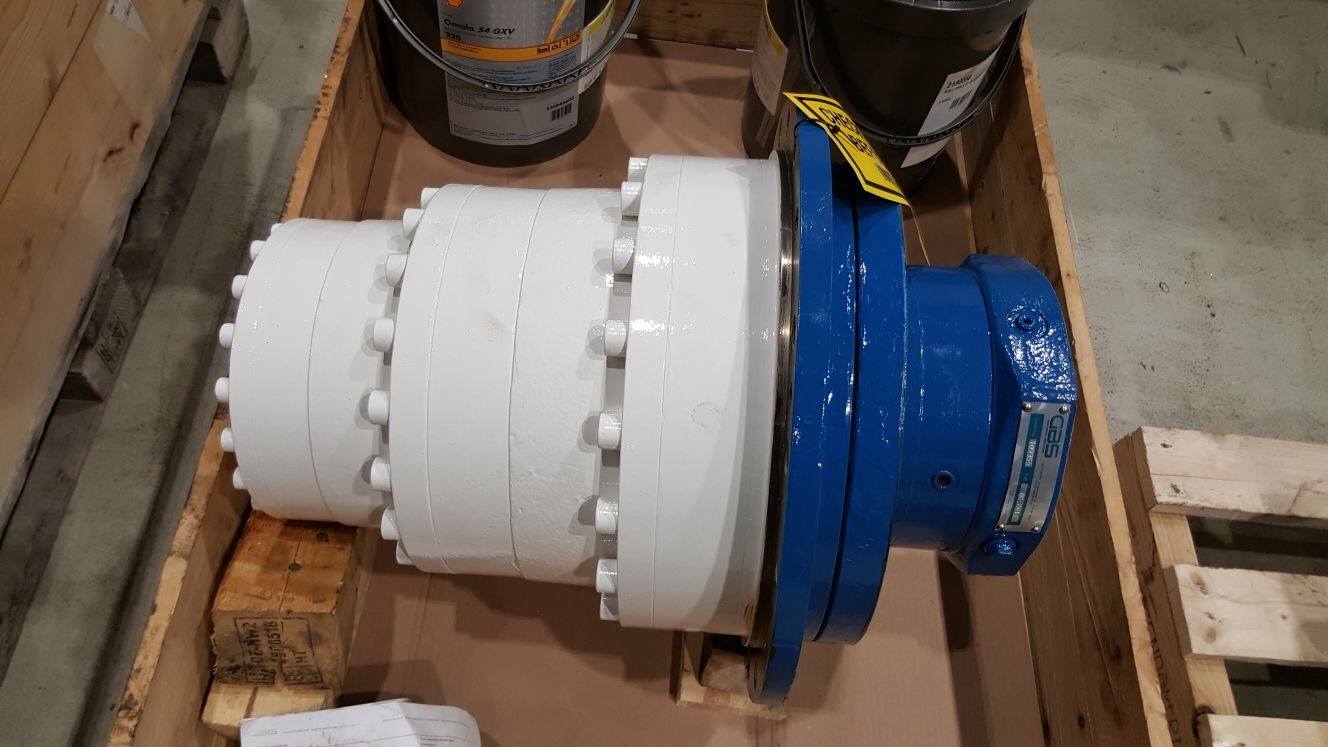