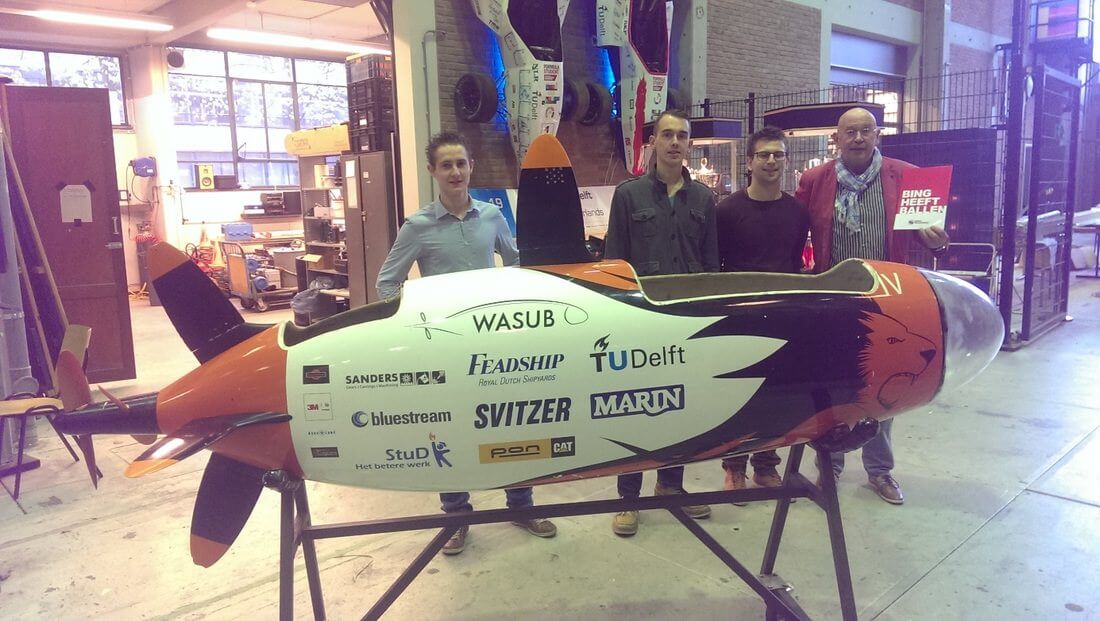 The WASUB team is a team of 21 students of Delft University of Technology who are designing, building and racing a human powered submarine. They will compete in the International Submarine Races from the 22th until the 26th June 2015.

GBS Gearbox Services international will join the dreamteam of the TU Delft in their challange to manufacture the best Human Powered Submarine. 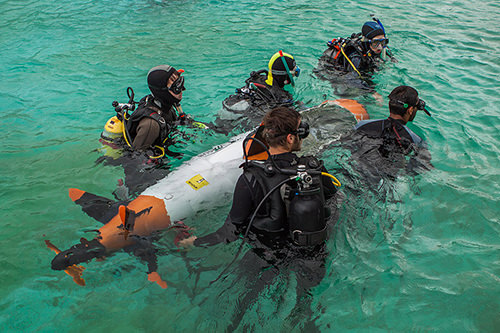 The first WASUB team was founded in 2004 as result of a submarine thesis design exercise at the TU Delft faculty of Aerospace Engineering. Due to the success of the results, the team of almost 20 students decided to compete in the Inter-national Submarine Races 2005. After a year of full dedication the WASUB I team won the one person propeller category and the slalom on the 8th International Submarine Races. 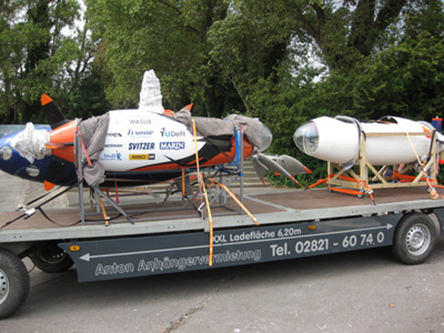 After the success of WASUB I, the subsequent WASUB team was formed in the study year 2005-2006. Since the ISR is a bi-annual event, another competition was found: the Human Powered Submarine Races which were being held in San Diego. WASUB II won the prizes for best design and best production. Due to various reasons the continuity of the WASUB team was not maintained until the study year 2012-2013. Seven years after the WASUB II was built, the WASUB III was created and became second in the one person highest speed class with 12.4 km/h on the International Submarine Races. Last year the WASUB IV team competed in the European International Submarine Races (EISR). They won the prize for the best Design Report and they won the Repair Award.

This year’s main goal is to break the world speed record (13.49 km/h) in the one person propeller class and obtain a leading position within the field of competitors. 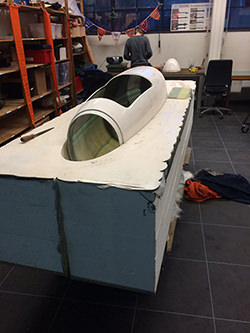 Whilst working towards this goal the WASUB’s interdisciplinary team proves to be an excellent educational environment for students to develop themselves and gain experience in new fields of work. By working in the WASUB V team they will design, engineer and build components of the submarine. Lastly, the strong interfaces between corporations and students creates an unique platform in which both parties bene- fit greatly, while working on joint interests. 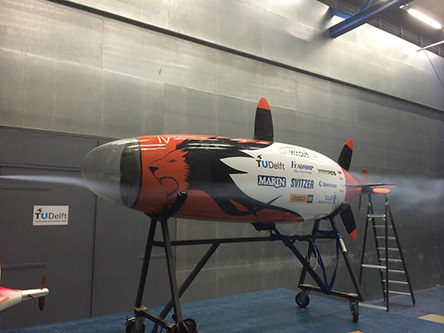 Here the connection with you, as a sponsor, comes forward. Today’s WASUB team members are tomorrow’s lead engineers. By working together with WASUB, you will get the opportunity to get in touch with this future generation of engineers in a unique setting. 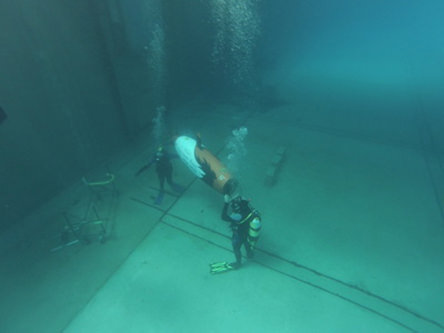 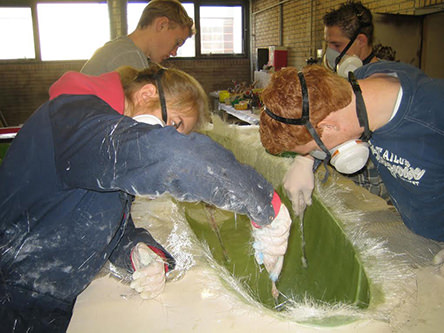 On 12 february the new developments for the new sub-marine were showed to sponsors. 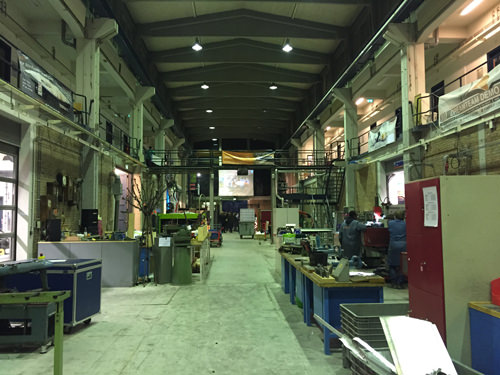 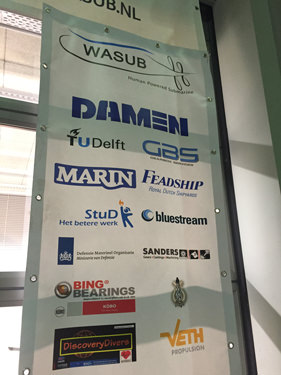 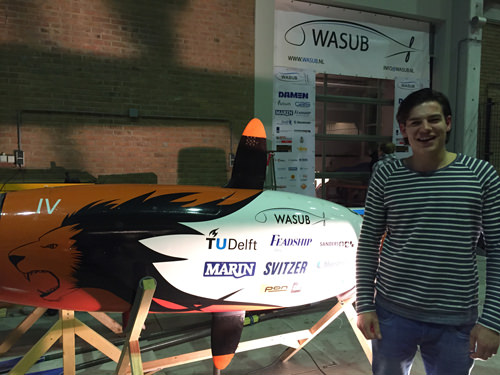 On 17 february we supplied the components for the drive train and steering system to the WASUB team. Let the assembly begin!

11 march 2015: It is a pleasure for you to announce that the WASUB V officially received its final appearance. The entire team is very proud of the powerful, yet elegant character of the submarine. This clearly reflects our passion to break this year during the International Submarine Races world speed record. Next week the HISWA Amsterdam Boat Show, the only annual sports event in the Amsterdam RAI. This is for WASUB the perfect opportunity to present our latest design to the more than 40,000 visitors. Here you should not be missed! We are this year with our 120m2 stand at the TU Delft DreamTeam INNOVATIONLAB, the prestigious stage at the show where the latest innovations concerning water sports will be shown. 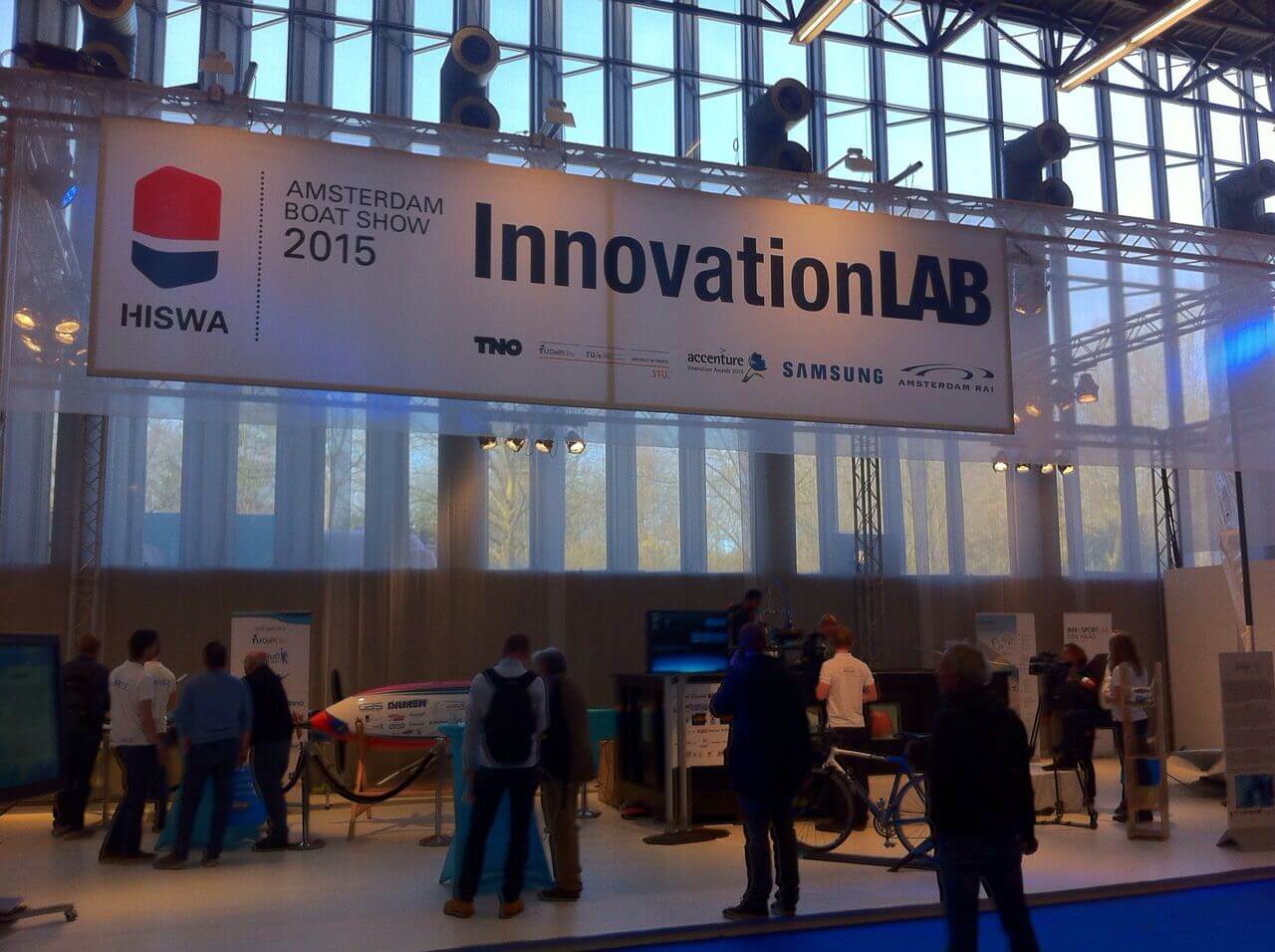 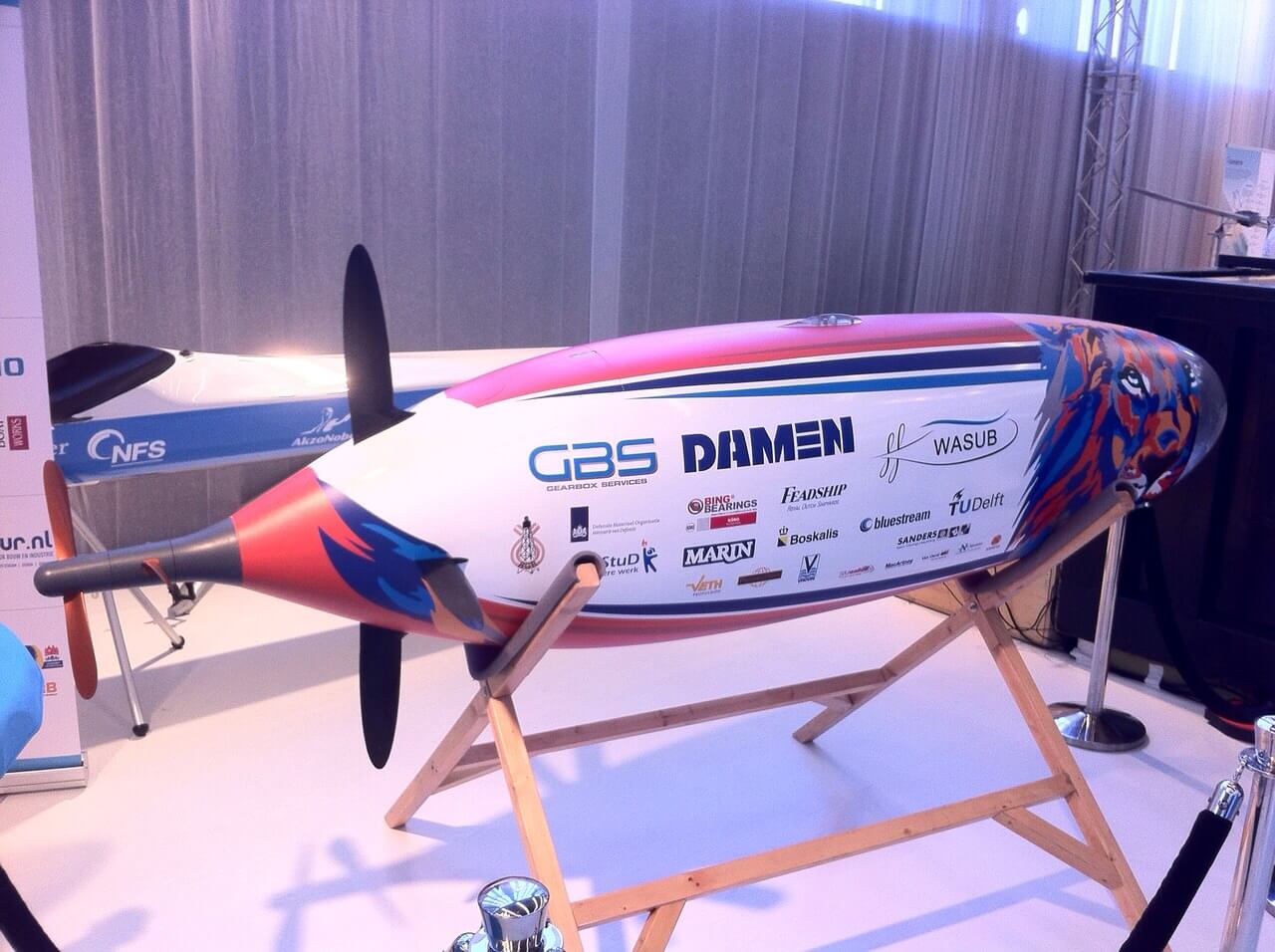 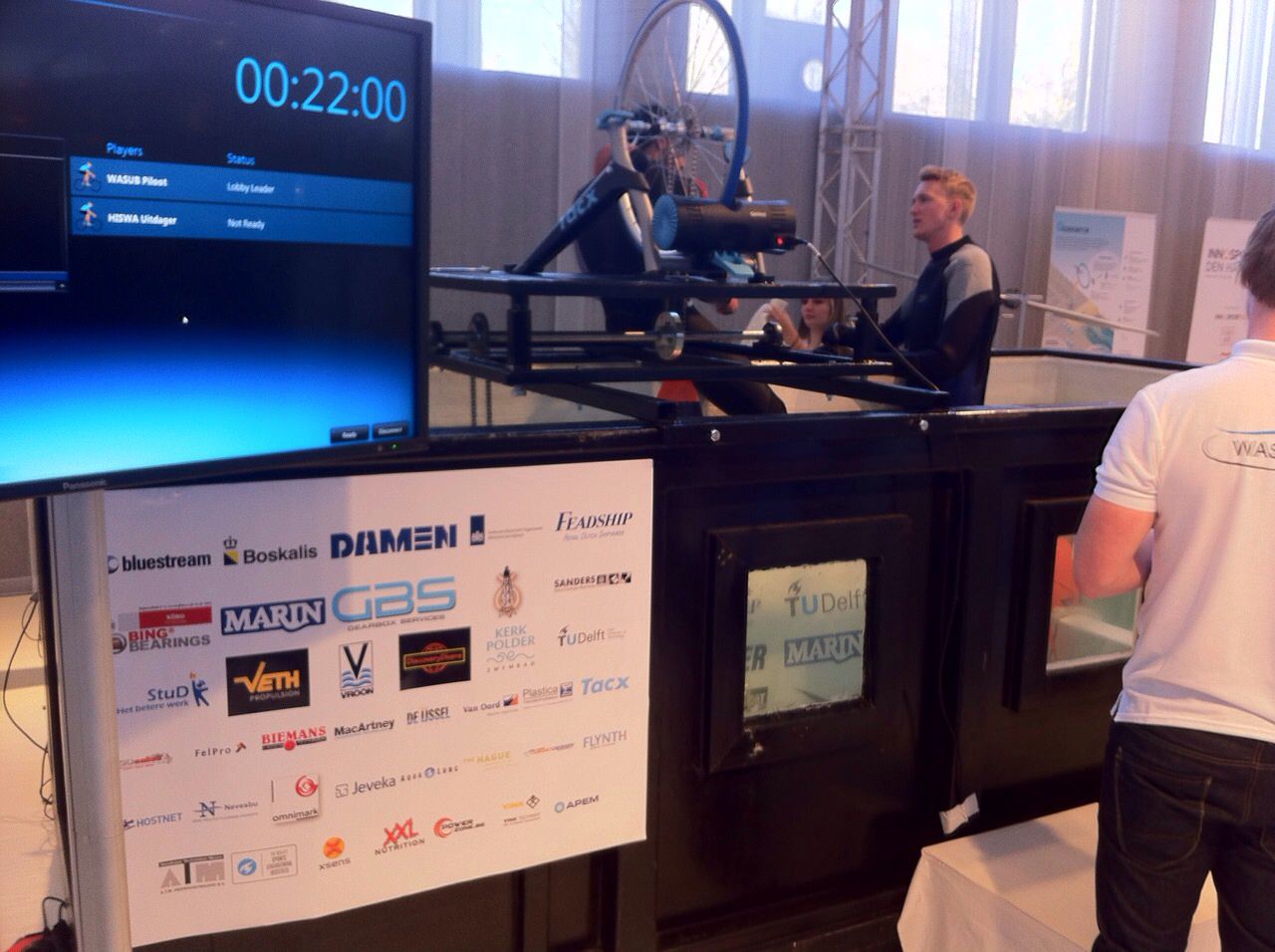