It was a gearbox from the MAAG brand. We received the gearbox in our factory in Oud-Beijerland, where our service engineer carried out an extensive inspection of the gearbox.

The gearbox appeared to be in poor condition. For example, there was a lot of pitting on the gears and very coarse eating tracks were present on the axial surfaces.

The inspection report was prepared by the service engineer and discussed with the customer. The customer decided to follow our recommendations and asked us to carry out an overhaul.

The gearbox was then completely overhauled by us. Not only was the interior of the gearbox renewed, but the rust on the inside and outside of the cabinet was also removed by blasting and the gearbox was preserved again.

After a successful test run and final approval by our quality control department, the gearbox was transported back to the customer in Antwerp where he now drives a gas compressor again. 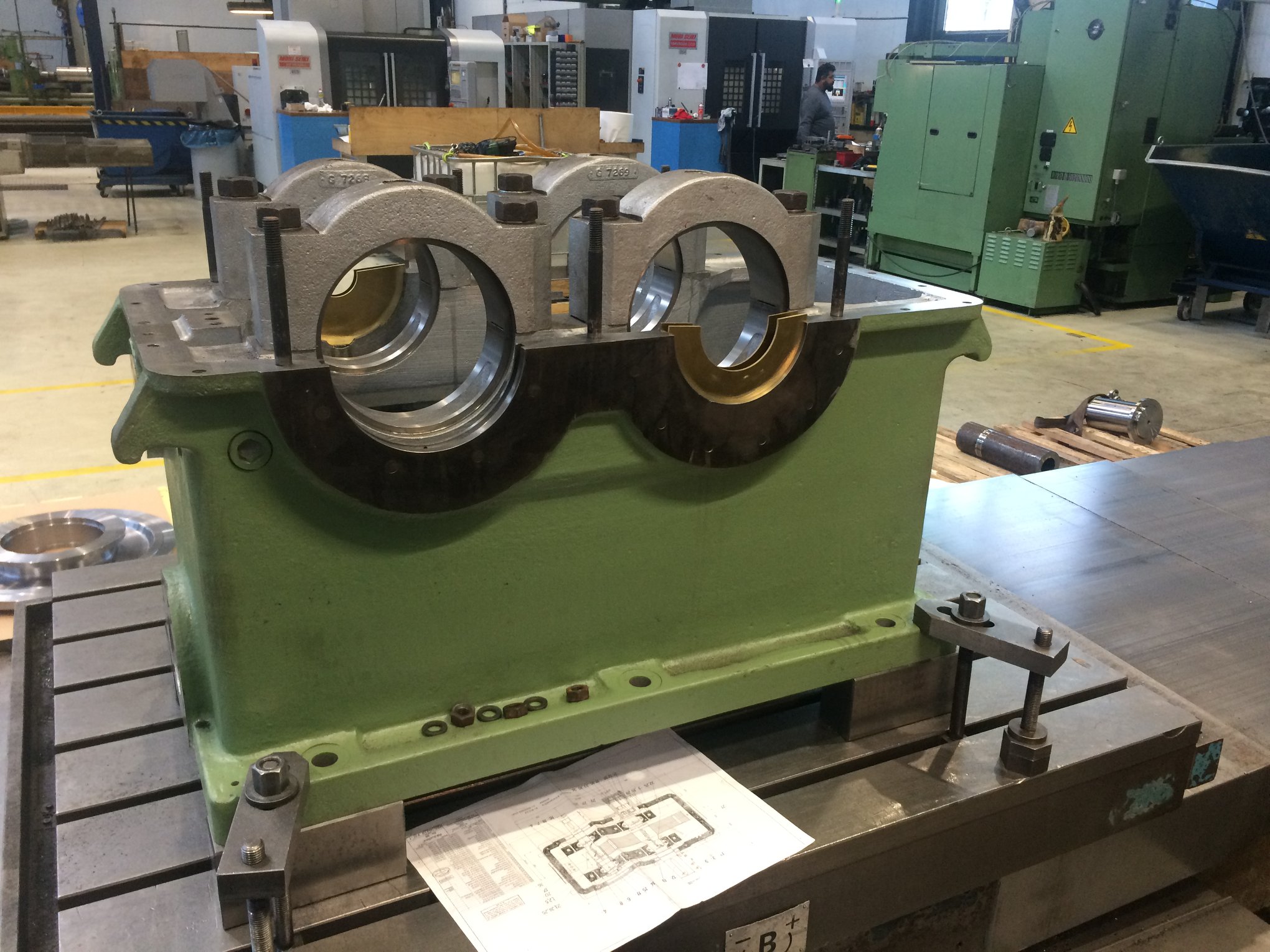 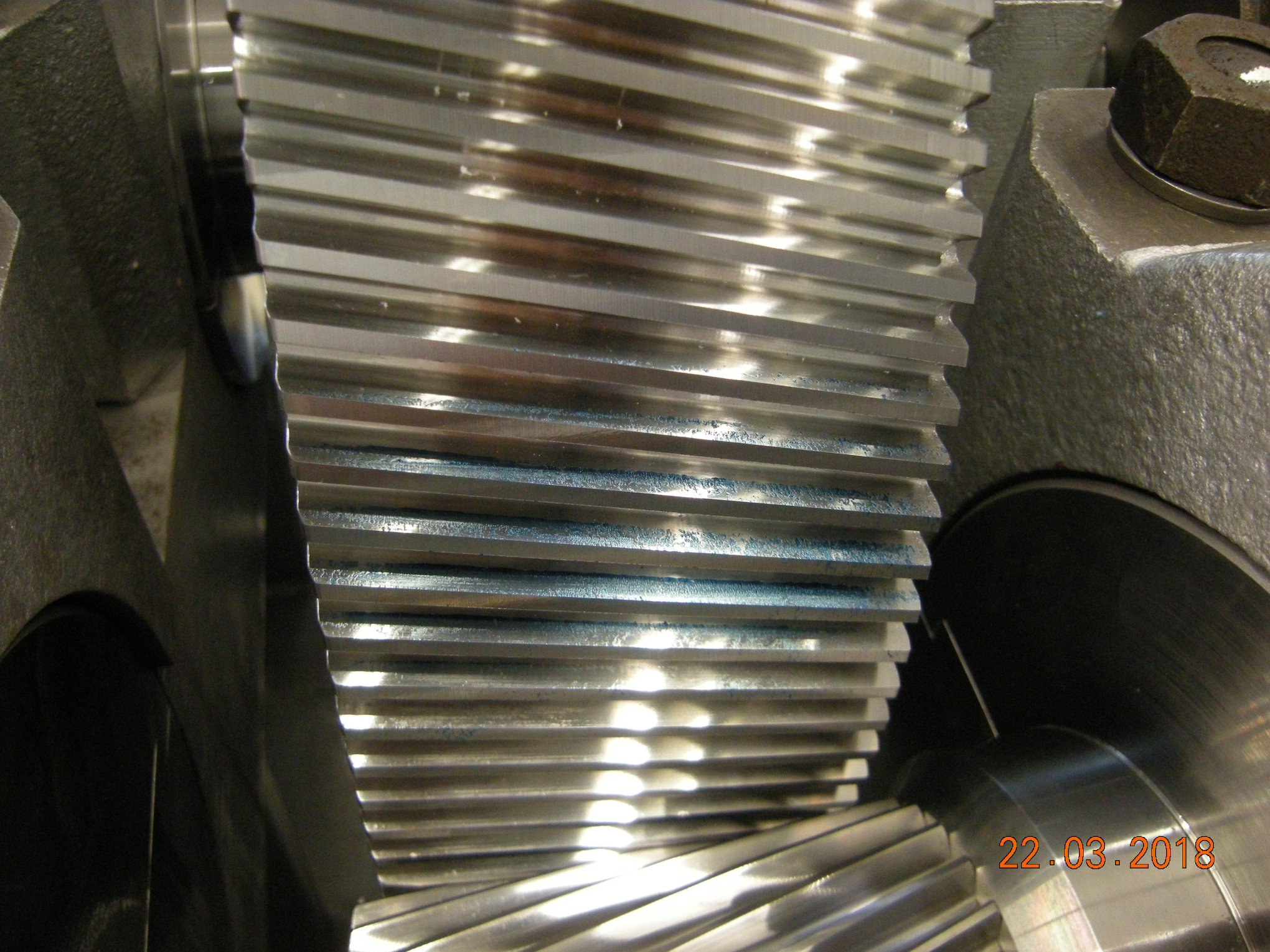 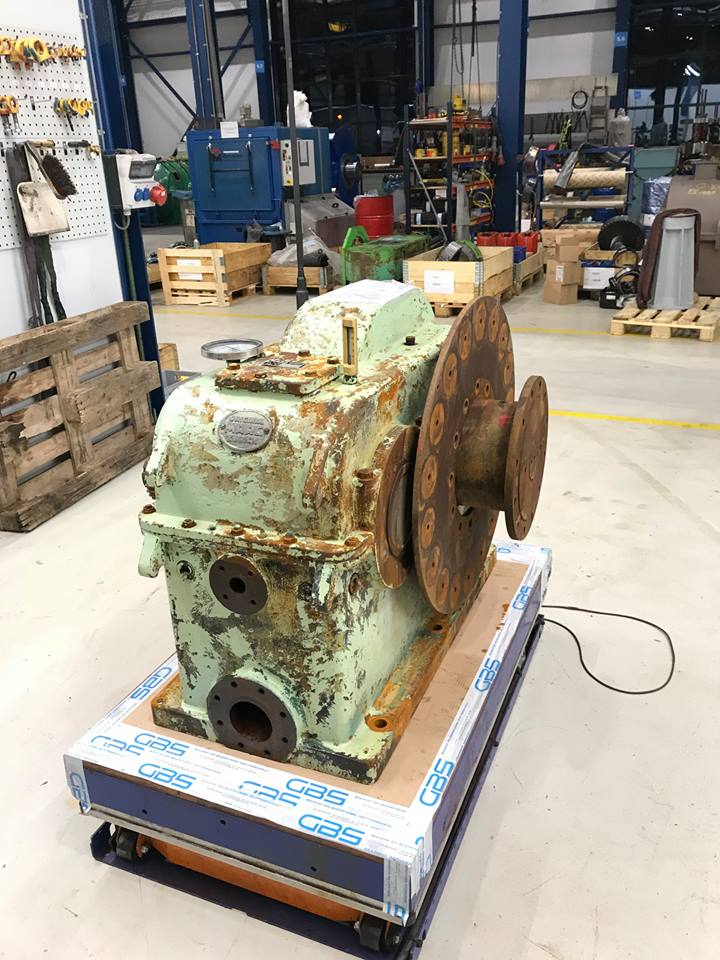