Inspection and replacement of pinion of gearbox of brand CMD

We performed an inspection and repair on a gearbox CMD JC 26 JUMBOREX Split Torque.
GBS Gearbox Services was approached by a customer in the mining industry in Pakistan, they experienced elevated vibrations on their CMD Gearbox. Repair of this gearbox was required after finding damage in the second stage pinion on the left side of the gearbox. Inspection revealed that an incorrect contact pattern was the root cause of the damage. We modified the new pinion by reverse engineering and made a modified helix angle of the teeth, which solved the contact pattern problem that caused overloading of the teeth and finally resulted in cracks on the teeth.

One of our service engineers traveled to Pakistan, after arriving on-site we removed the input shaft and both 2nd stage pinions from the CMD gearbox.
Then we removed all the rolling element bearings and replaced them with new bearings that had been heated in an oil bath of 110° C before installing them on the shafts. After assembling the new bearings and couplings on all the shafts (3x) we finished assembly and could now start installing the shafts back into the gearbox. The alignment of the shafts and the gears had to be done very precisely, to prevent any vibrations that could damage the gearbox.

With all the pieces in place we closed the top cover of the gearbox and started the limited test run at 25% load, this was due to power shortage.

After the test run we collected all the data needed and went back to the Netherlands to begin writing the report.


The conversion operations consists of: 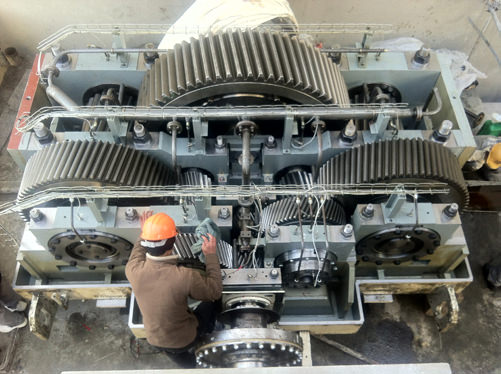 Arriving and opening the top cover of the gearbox. 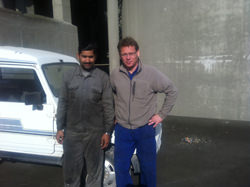 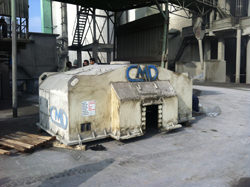 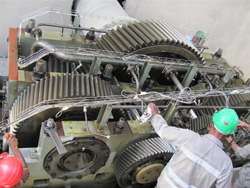 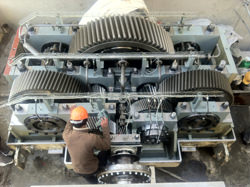 Removal of the input shaft and the 2nd stage pinion (right side). 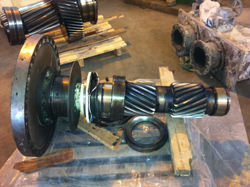 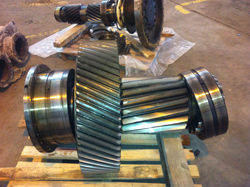 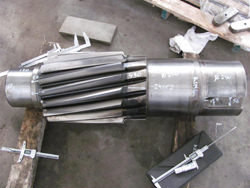 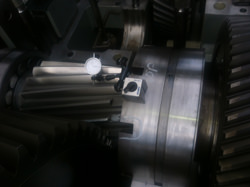 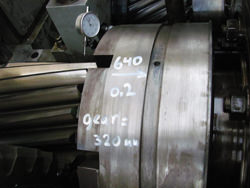 Measuring and aligning the shafts and pinions
Tightening all the bolts and commissioning the gearbox. 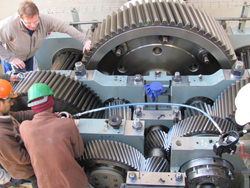 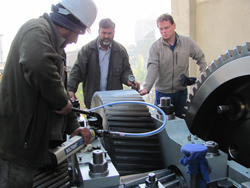