Inspection and repair of JSW gearbox

Inspection and repair of JSW gearbox

We performed an inspection and repair on a gearbox JSW.


A client from Belgium came to us with this JSW gear unit. We reviewed the unit and did a total overhaul. After the overhaul was done, we did a lot of testing and prepared the gear unit to be shipped back to this client.

The condition of the gearbox is considered to be unacceptable.

The rolling elements and outer ring of bearing number 15 (radial bearing left output shaft) moved in axial direction (towards the extruder). When comparing the endoscopic images to the images taken on april 12, the outer-ring seemed to have moved slightly back into the bore.

This could be an indication that the fit between bearing bore of the bush is outside of specification. Damage or wear of the bush, might creature metal shavings/small particles.

The situation is highly unpredictable and it is therefore impossible to determine the estimated lifetime of the bearing/gearbox. Failure of the bearing however, will cause substantial damage to the gearbox.

It is recommended to:

- Provide a clear drawing with a part list of the gearbox; 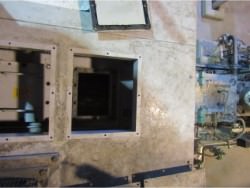 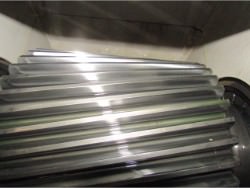 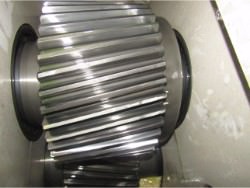 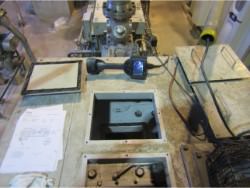 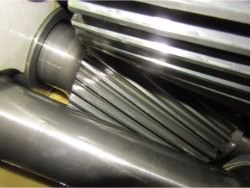