GBS Gearbox Services International was approached by a client in the maritime market, their vessel, the Holland Klipper had some problems with their RENK gearbox and therefor couldn’t continue the journey to unload a large cargo of mackerel in Port Harcourt. Repair on this gearbox was required after finding considerable damage on the bearings in the gearbox. Due to the limited time given we had to do an temporary repair on the gearbox in order for it to deliver its cargo.

On the engine side bearing we found some radial damage due to little particles of white metal that had run through the oil system, here we also needed to remove the scratches by hand and make a smooth surface. The axial bearing-pads on the output shaft also had some damage by dirt in the oil system so they had to be dismounted and cleaned by hand.

After every stage we opened the cover and checked the conditions of the gearbox. There were no deviations found. With this emergency repair the vessel was operational within 5 days, in our report we mentioned the fact that this is just a short-term solution and that we would have to do an complete overhaul of the Renk gearbox in order to prevent long-term problems.

We performed an inspection and repair on a gearbox RENK TACKE HSU-800D.

The conversion operations consists of: 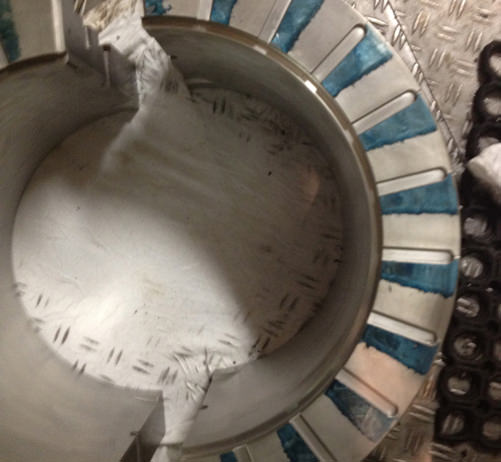 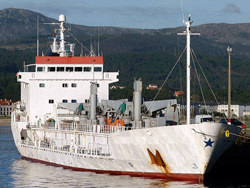 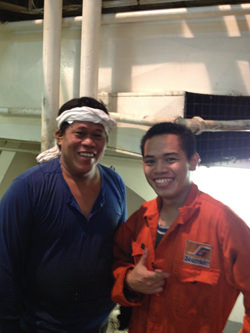 Arriving and first visual inspection of the gearbox. 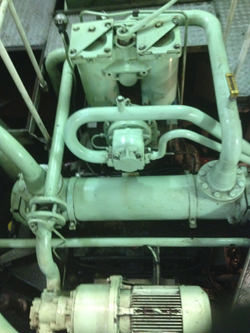 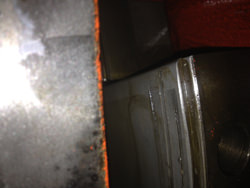 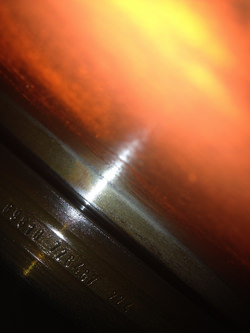 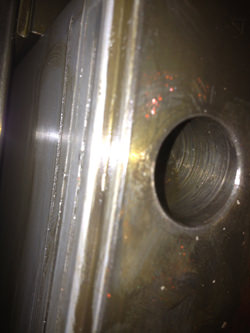 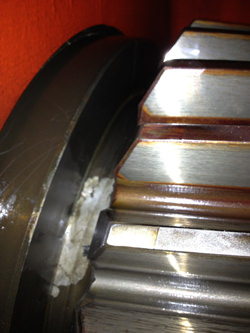 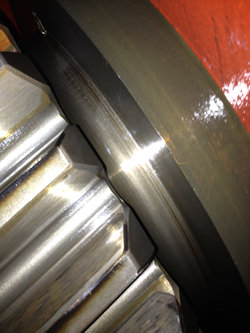 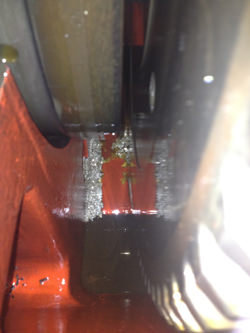 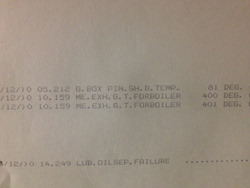 Bearing engine side; before cleaning and after, also blued the bearing to see the oil inlet 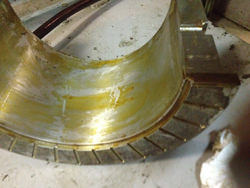 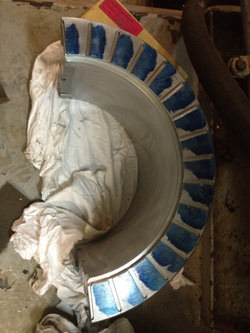 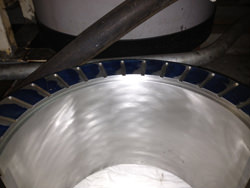 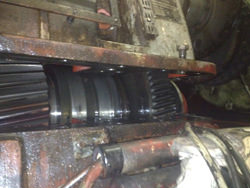 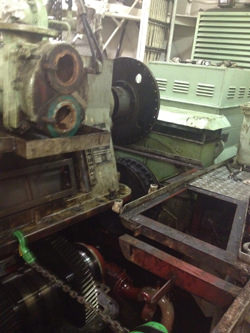 Scratches on the input shaft due to steel on steel turning 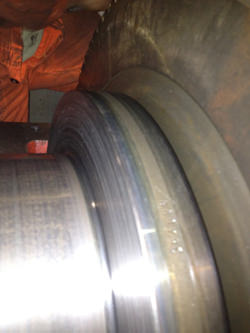 Assembling the shaft and bearing back into the gearboxn 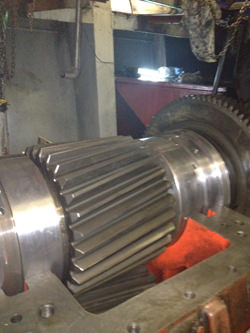 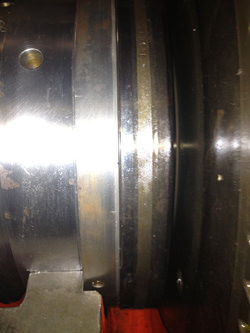 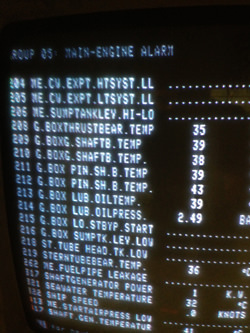 Oil filter that had to be cleaned 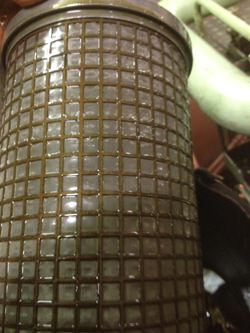