Inspection and repair on KELLER AN725 gearbox

Inspection and repair on KELLER AN725 gearbox

We performed an inspection and repair on a gearbox KELLER AN725.


This client from Belgium came to us with this KELLER AN725. We inspected the gearbox and performed a repair. After a succesful testrun we shipped the gearbox back to the client.

GBS international was invited to analyze and repair the damages in cooperated with the crew on board at Zeebrugge in Belgium.

During the analysis, the following issues have been observed.

1. On shaft V40 the bearing L70 (engine side) was damaged. Particles of the damaged bearing fell down between the gears V30, V40 and V50. Bearings of shaft V40 were mounted with sleeves. After measurement of the sleeves, ovality was observed. OSM Belgium (On Site Machining BVBA) was invited to renewed the sleeve on board the Reynaert.

3. On the white metal bearing L10, running marks has been observed. After inspection GBS observed that the temperature sensor was mounted against the bearing L10. The outside of the bearing was damaged by the gearbox cover and GBS decided to renewed the bearing.

Video scope:
A video scope was rented and used for the inspection of the clutch and bearing L60 of the gearbox. With a video scope, clear images can be viewed and recorded at locations with limited accessibility. 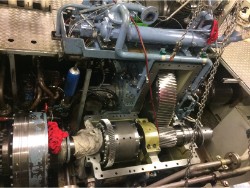 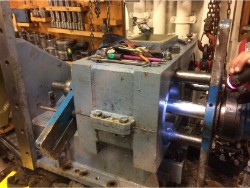 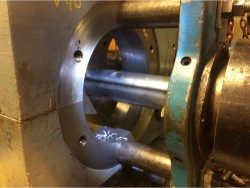 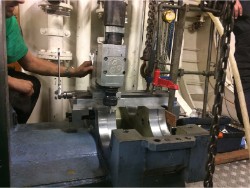 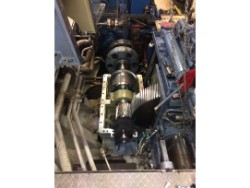 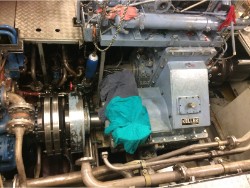 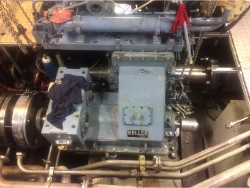