This client from THE NETHERLANDS came to us with this RENK B34 / 76-M240. We inspected the gearbox and performed a repair. After a succesful testrun we shipped the gearbox back to the client.

The state of the XT-41 extruder gearbox can be considered as good, the vibration data captured during production in the Sekisui Alveo factory showed a clear improvement compared to the data that was measured on the GBS teststand. No indications for bearing or gear damage were observed in the captured data.

Because of gearbox geometry the ideal measurement locations on bearings were not accessible. Measurements were taken at different (carefully chosen) locations on the gearbox housing near the bearings. This has as a consequence that the data from the different measurement locations is not as clear as it could be and show a lot of similarities. Therefore, a choice was made to show only the most relevant data with important signals identified.

When looking for bearing damage it is important to look further than the given bearing data. There could be differences between the actual defect frequencies and measured signals due to data mismatch, differences in rotation speed, slip and other factors. Defect frequencies generally range from 3.6 to 12X (of the shaft they are on) and could be accompanied by sidebands (1X, FTF). Furthermore, impacting caused by damaged areas will show itself in the envelope spectrum at a very early stage. None of these characteristic signals have been observed.

After the next measurement in June it will be possible to compare data, find trends and make statements about the effects of the previous months of use.

Recommendations are:
- To continue vibration measurements according to the time schedule that was agreed upon with GBS
- To carry out an oil analysis yearly
- To carry out a visual inspection in case defect frequencies are observed or amplitudes increase significantly. 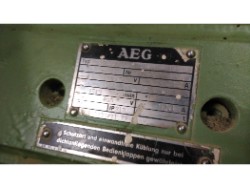 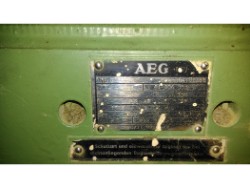 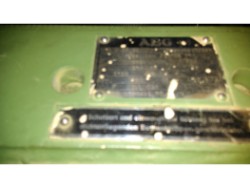