We performed an inspection and repair on a gearbox HANSEN EH854A-205.


This client from The Netherlands came to us with this HANSEN EH854A-205. We inspected the gearbox and performed a repair. After a succesful testrun we shipped the gearbox back to the client.

This report shows the results of the visual inspection and vibration analysis on the Ghent Tower Automotive wind turbine. The customer has instructed GBS to visually record the condition of the gearbox. In addition, the data from the online SKF vibration monitoring system will be compared with data recorded on-site.

Differences in vibration levels and measured frequencies between the measuring points of the SKF and the own system are due to several factors: • The measurements were not taken on the same date, so there is a difference in wind speed and load, • The measurement locations are not entirely equal , the mobile sensors could not be placed in exactly the same location as the fixed SKF sensors, • The sensors are not the same, SKF uses a sensor screwed into the construction of the equipment, the mobile sensors are attached with magnets. In addition, the sensors may be physically different (different specifications).

However, the goal is to verify the relevant signals from the SKF system to find out if it is working properly.

The frequency 8.6X was measured at different measurement locations (figure 1, 5, 6, 12), this frequency can come from two sources. The oil pump shaft rotates at a speed of 0.8636X, this pump contains 10 teeth so that the produced frequency (toothing frequency) is 8.636X. The second source is a fault frequency of a bearing (HSS GZ lower, the outermost bearing on the 1st axis), the error frequency is 8.62X. Because these frequencies are so close to each other, it is difficult to make a distinction.

However, the error frequency can also be measured on the other side of the gearbox (figure 12), on the planetary system on the RZ. Bearing damage at an early stage will produce an insufficiently powerful vibration, the amount of intermediate material dampens the vibration. The expectation is that the observed vibration comes from the pump.

Finally, the expected error frequencies of normal amplitude, GMF1, GMF2, GMF3, 1X and the rotation of the turbine blades were also observed on the planetary system. 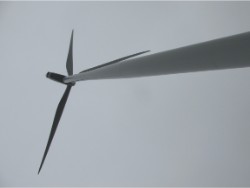 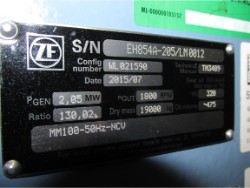 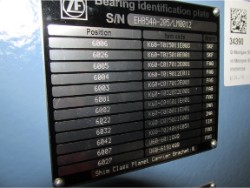 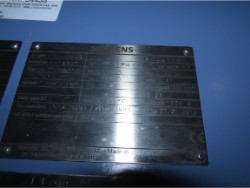 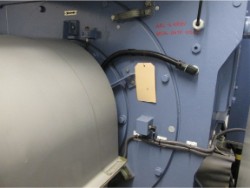 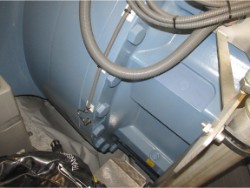 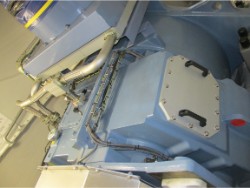