We performed an inspection and repair on a gearbox FLENDER KFO 630.


This client from The Netherlands came to us with this FLENDER KFO 630. We inspected the gearbox and performed a repair. After a succesful testrun we shipped the gearbox back to the client.

The probable cause of the bearing damage is a lack of lubrication to the bearing pot which resulted in premature wear and rupture of the cage. A durable solution for repairing this gearbox should include an adjustment of the lubrication system, such that the bearing pot receives more oil.

It is known that this gearbox has come to an early halt earlier due to damage in the bearing pot. The same gearbox elsewhere in the factory is mounted with the bearing box downwards, the bearings here are always completely in the oil. This gearbox has reportedly fewer problems. If the assumption is more or less equal use and load, it can be stated that this orientation can contribute to a longer lifespan.

Finally, on the pinion of the 4th stage micropitting has been observed at an advanced stage, there may already be a beginning of pitting. Various factors influence the development of micropitting, of which surface roughness and lubrication are the most important. A progressive development can result in coarser pitting, peeling and in the event of a tooth rupture. 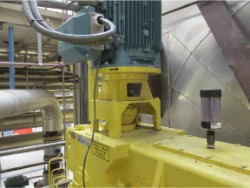 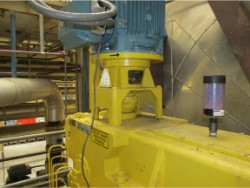 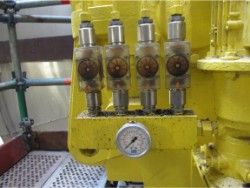 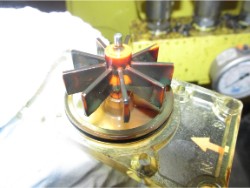 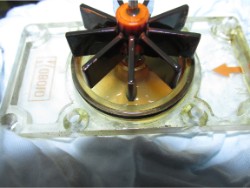 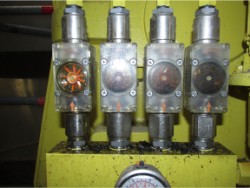 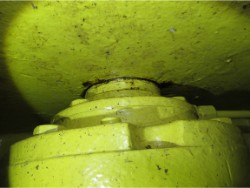 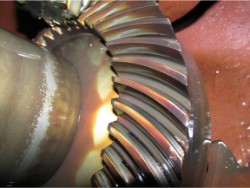 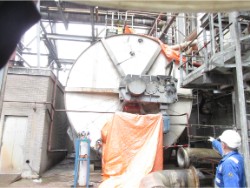 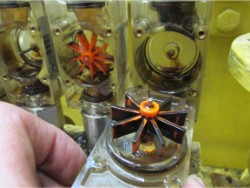 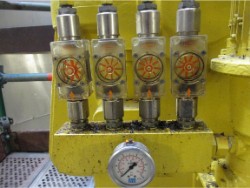